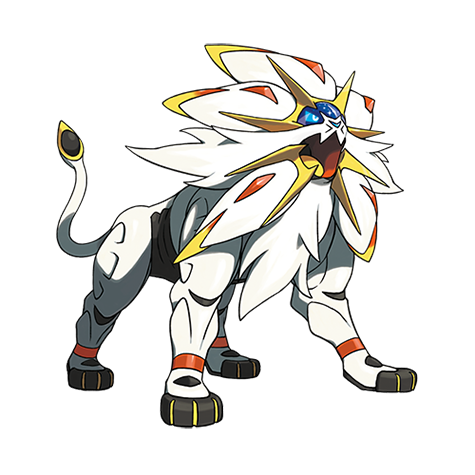 When light radiates from its body, this Pokémon could almost appear to be the sun. It will dispel any darkness and light up the world.

Solgaleo was once known as the Beast That Devours the Sun. Energy in the form of light radiates boundlessly from it.

In writings from the distant past, it’s called by
the name “the beast that devours the sun.”