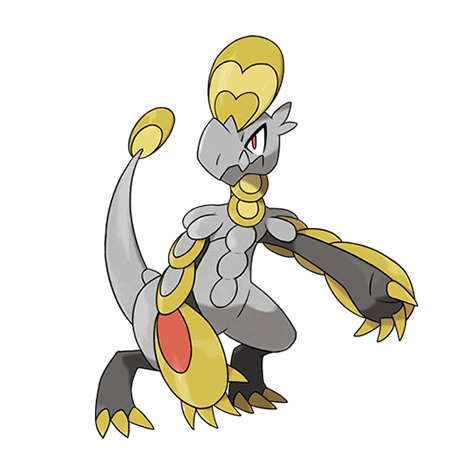 The scaleless, scarred parts of its body are signs of its strength. It shows them off to defeated opponents.

Before attacking its enemies, it clashes its scales together and roars. Its sharp claws shred the opposition.

The scales it sheds can be molded and processed to make pots and pans. They conduct heat well, so they’re a popular item.