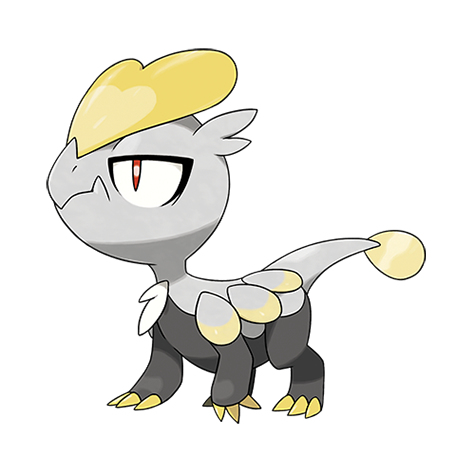 They learn to fight by smashing their head scales together. The dueling strengthens both their skills and their spirits.

Jangmo-o strikes its scales to communicate with others of its kind. Its scales are actually fur that’s become as hard as metal.

It will never show an enemy its back in battle.
Ancient warriors liked Jangmo-o for its valiant
disposition and made it one of their own.