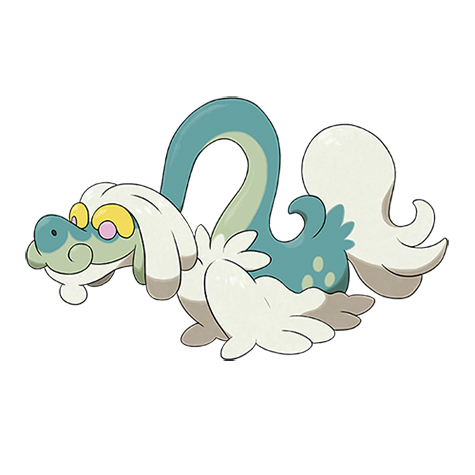 The mountains it calls home are nearly two miles in height. On rare occasions, it descends to play with the children living in the towns below.

Drampa is a kind and friendly Pokémon—up until it’s angered. When that happens, it stirs up a gale and flattens everything around.

It appears in towns and plays with the children. Drampa will protect kids when they’re in danger, so their moms don’t have to worry.