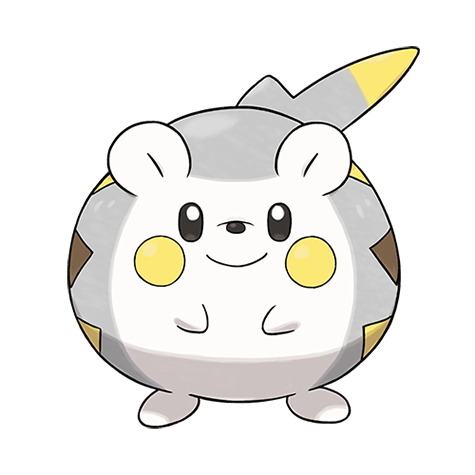 With the long hairs on its back, this Pokémon takes in electricity from other electric Pokémon. It stores what it absorbs in an electric sac.

When it’s in trouble, it curls up into a ball, makes its fur spikes stand on end, and then discharges electricity indiscriminately.

Its capacity to produce electricity is somewhat
limited, so it gets charged up by letting lightning
strike it!