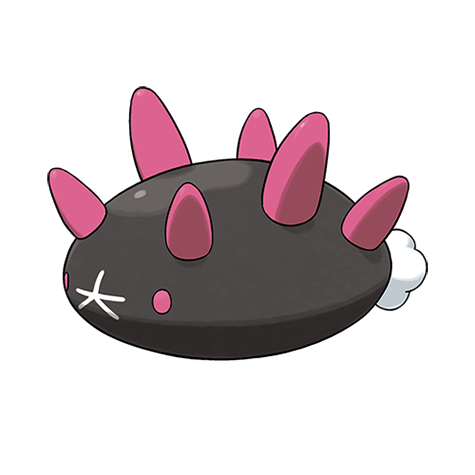 It lives in warm, shallow waters. If it encounters a foe, it will spit out its internal organs as a means to punch them.

It’s covered in a slime that keeps its skin moist, allowing it to stay on land for days without drying up.

Its entire body is covered in its slime. If you accidentally step on one, you’ll slip, and it will get mad and smack you!