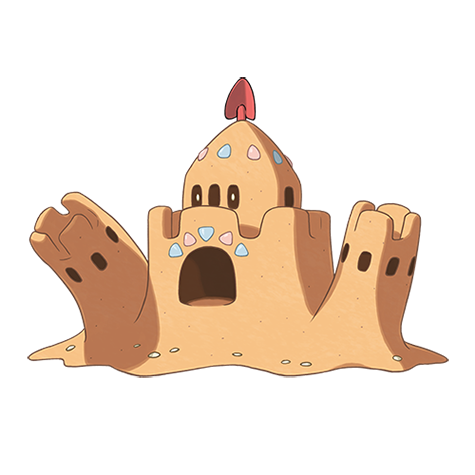 Palossand is known as the Beach Nightmare. It pulls its prey down into the sand by controlling the sand itself, and then it sucks out their souls.

This Pokémon lives on beaches, but it hates water. Palossand can’t maintain its castle-like shape if it gets drenched by a heavy rain.

Once it has whipped up a sandstorm to halt
its opponents in their tracks, this terrifying
Pokémon snatches away their vitality.