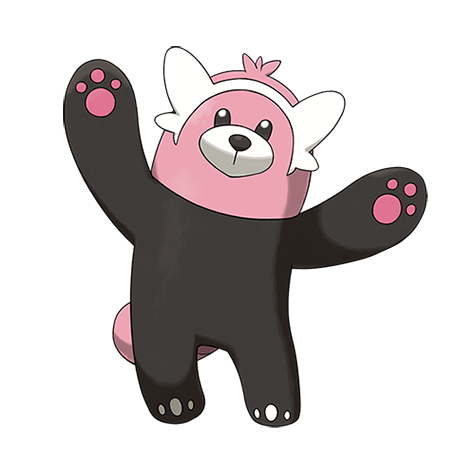 Once it accepts you as a friend, it tries to show its affection with a hug. Letting it do that is dangerous—it could easily shatter your bones.

The moves it uses to take down its prey would make a martial artist jealous. It tucks subdued prey under its arms to carry them to its nest.

It boasts tremendous physical strength. Many people call it the most dangerous Pokémon in the Alola region.