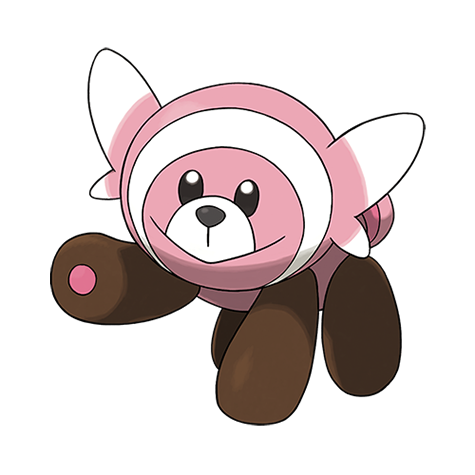 Its fluffy fur is a delight to pet, but carelessly reaching out to touch this Pokémon could result in painful retaliation.

The way it protects itself by flailing its arms may be an adorable sight, but stay well away. This is flailing that can snap thick tree trunks.

Stufful hates to be hugged or touched in any
way. It will squirm, thrash, and resist with
amazing power.