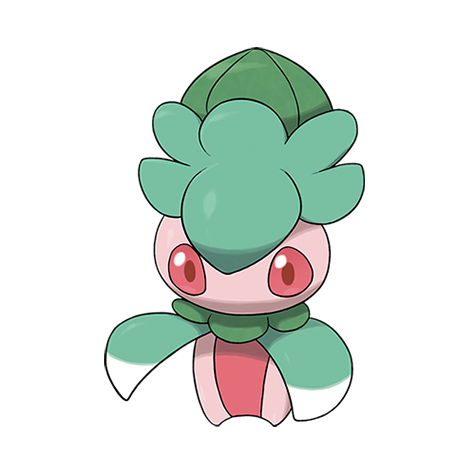 When bathed in sunlight, this Pokémon emits a pleasantly sweet scent, which causes bug Pokémon to gather around it.

During the day, Fomantis basks in sunlight and sleeps peacefully. It wakes and moves around at night.

It loves the sunshine. When it basks in the sunlight regularly, it grows up with vivid coloration.