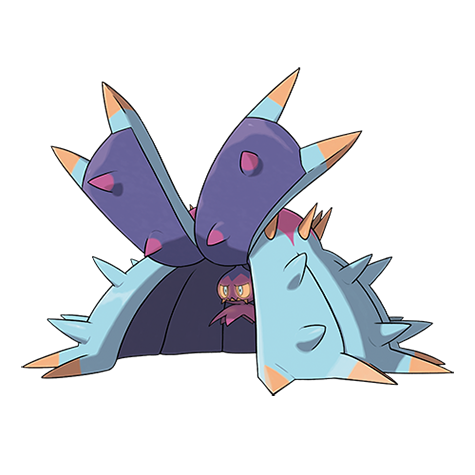 To survive in the cold waters of Galar, this Pokémon forms a dome with its legs, enclosing its body so it can capture its own body heat.

Within the poison sac in its body is a poison so toxic that Pokémon as large as Wailord will still be suffering three days after it first takes effect.

With its 12 legs, it creates a dome to shelter within. The flow of the tides doesn’t affect Toxapex in there, so it’s very comfortable.