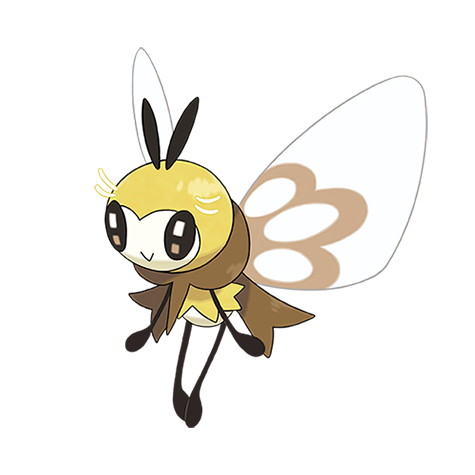 It makes pollen puffs from pollen and nectar. The puffs’ effects depend on the type of ingredients and how much of each one is used.

Ribombee absolutely hate getting wet or rained on. In the cloudy Galar region, they are very seldom seen.

It can predict the weather from moisture levels and wind direction. Ribombee only reveals itself when there are a few clear days in a row.