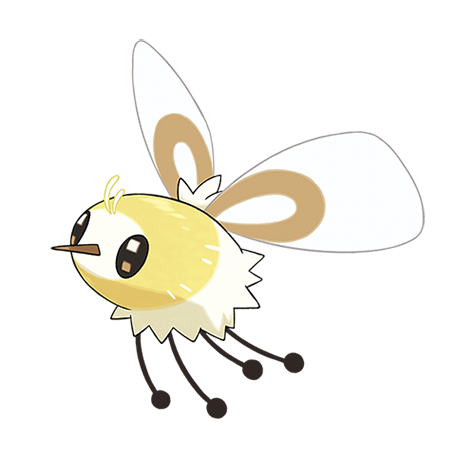 Nectar and pollen are its favorite fare. You can find Cutiefly hovering around Gossifleur, trying to get some of Gossifleur’s pollen.

An opponent’s aura can tell Cutiefly what that opponent’s next move will be. Then Cutiefly can glide around the attack and strike back.

Cutiefly can pick up the auras of living things. It
skillfully reads those auras to predict its foes’
movements and make fools of them.