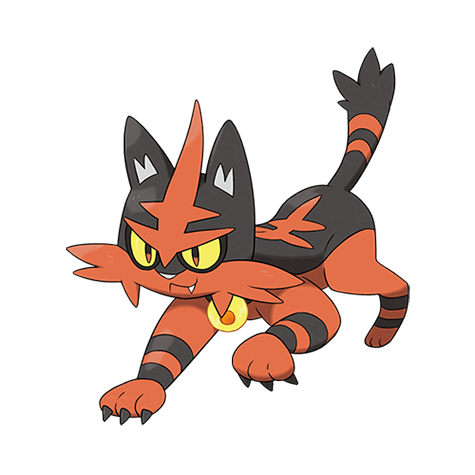 In the midst of battle, the fire pouch on Torracat’s neck rings like a bell and produces stronger flames than usual.

When facing a powerful enemy, Torracat’s fighting spirit gets pumped up, and its fire bell blazes hotter.

When its mane stands on end, you can tell it’s feeling good. When it isn’t feeling well, its fur will lie down flat.