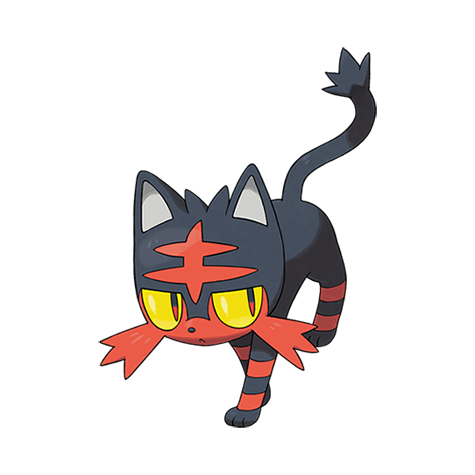 It spends even the smallest amount of downtime grooming its fur with its tongue. Loose fur gathers in its stomach and serves as fuel for fiery moves.

Trying to pet Litten before it trusts you will result in a nasty scratch from its sharp claws. Be careful.

Its coat regrows twice a year. When the time
comes, Litten sets its own body on fire and
burns away the old fur.