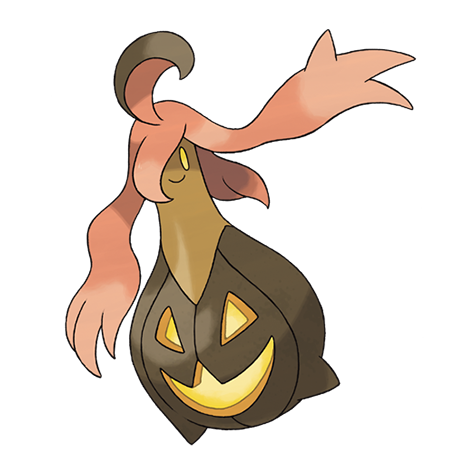 Eerie cries emanate from its body in the dead of night. The sounds are said to be the wails of spirits who are suffering in the afterlife.

A large-sized Pumpkaboo evolves into a large-sized Gourgeist. Its bodily proportions also get passed on to its descendants.

It enwraps its prey in its hairlike arms. It sings joyfully as it observes the the suffering of its prey.