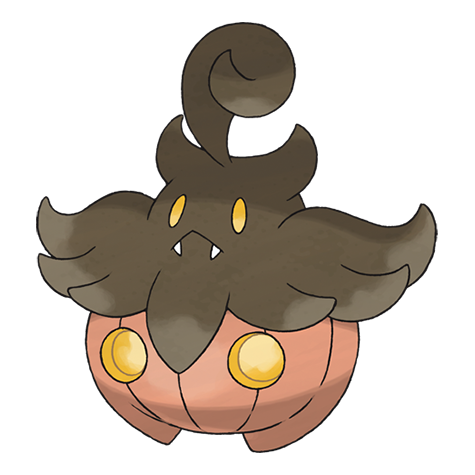 Spirits that wander this world are placed into Pumpkaboo’s body. They’re then moved on to the afterlife.

Small Pumpkaboo are said to be the product of areas where few lost souls lingered.

It is said to carry wandering spirits to the place where they belong so they can move on.