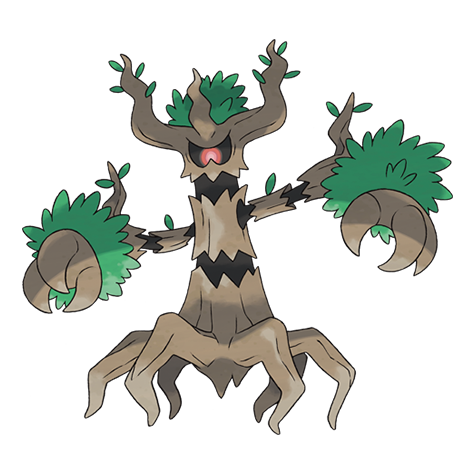 People fear it due to a belief that it devours any who try to cut down trees in its forest, but to the Pokémon it shares its woods with, it’s kind.

Small roots that extend from the tips of this Pokémon’s feet can tie into the trees of the forest and give Trevenant control over them.

This Pokémon controls trees via roots
stretching from its feet, and it will attack
anyone that dares to ravage the forest.