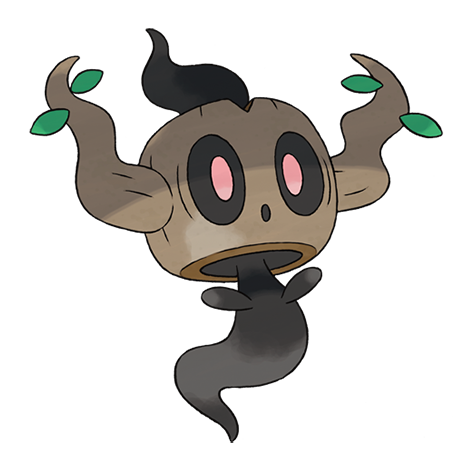 After a lost child perished in the forest, their spirit possessed a tree stump, causing the spirit’s rebirth as this Pokémon.

With a voice like a human child’s, it cries out to lure adults deep into the forest, getting them lost among the trees.

An unknown spirit came to lodge in a tree
stump, creating this Pokémon. A cure-all can be
made from an infusion of its green leaves.