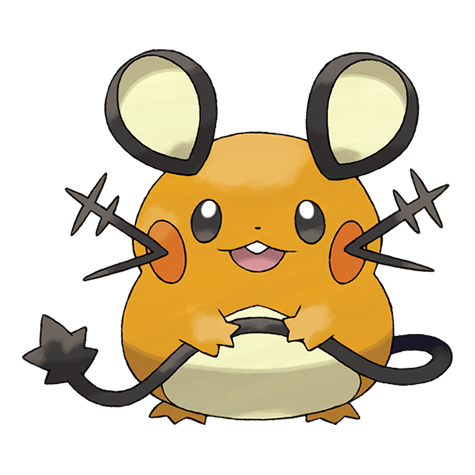 A Dedenne’s whiskers pick up electrical waves other Dedenne send out. These Pokémon share locations of food or electricity with one another.

Since Dedenne can’t generate much electricity on its own, it steals electricity from outlets or other electric Pokémon.