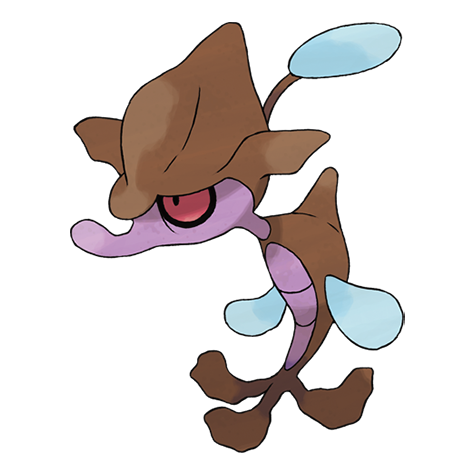 It drifts in the ocean, blending in with floating seaweed. When other Pokémon come to feast on the seaweed, Skrelp feasts on them instead.

Skrelp looks like a piece of rotten seaweed, so it can blend in with seaweed drifting on the ocean and avoid being detected by enemies.

It’s not good at swimming, so it clings to the seaweed. In the Alola region, it’s often found near Dhelmise.