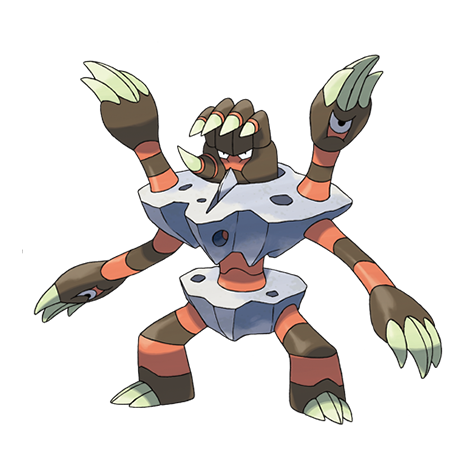 Seven Binacle come together to form one Barbaracle. The Binacle that serves as the head gives orders to those serving as the limbs.

Having an eye on each palm allows it to keep watch in all directions. In a pinch, its limbs start to act on their own to ensure the enemy’s defeat.

Barbaracle’s legs and hands have minds
of their own, and they will move independently.
But they usually follow the head’s orders.