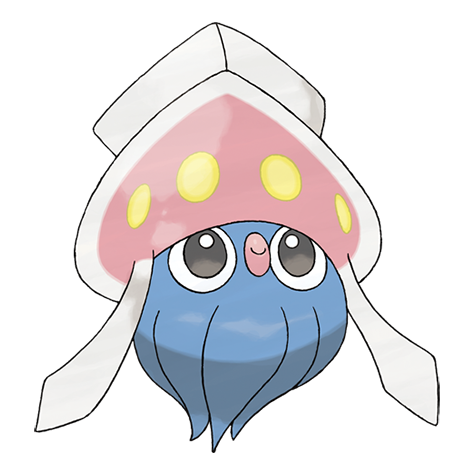 It spins while making its luminescent spots flash. These spots allow it to communicate with others by using different patterns of light.

By exposing foes to the blinking of its luminescent spots, Inkay demoralizes them, and then it seizes the chance to flee.

When exchanging information with others of its
kind, it flashes the light-emitting spots on its
body in a complex rhythm.