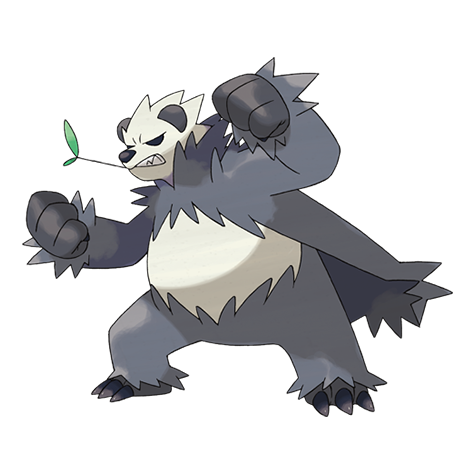 This Pokémon is quick to anger, and it has no problem using its prodigious strength to get its way. It lives for duels against Obstagoon.

Using its leaf, Pangoro can predict the moves of its opponents. It strikes with punches that can turn a dump truck into scrap with just one hit.

Pangoro is the type to talk with its fists. It
doesn’t say much as it pummels opponents with
enough force to send a dump truck flying.