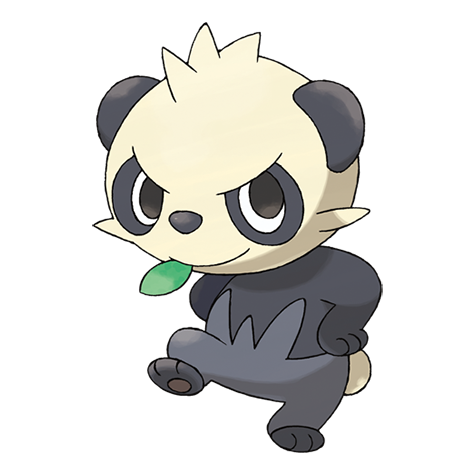 It chooses a Pangoro as its master and then imitates its master’s actions. This is how it learns to battle and hunt for prey.

Wanting to make sure it’s taken seriously, Pancham’s always giving others a glare. But if it’s not focusing, it ends up smiling.

It’s desperate to intimidate its opponents.
Be nice and pretend to be scared if you
catch it glaring at you intensely.